Poetry is a gateway to discovering ourselves 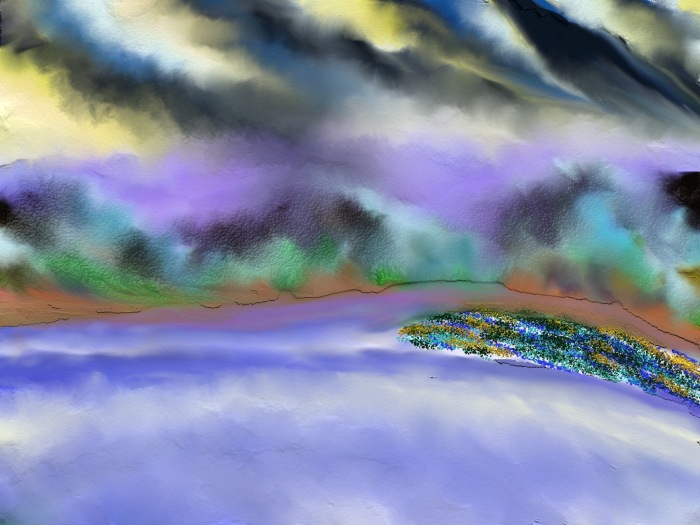 gravel spits out over the shoulder a musical clinking disappearing act into the far below
the hill has steepened to such a degree it feels like a towering billboard too much in my face
i try to discern what meaning might be sprawled upon it something that should be huge, obvious
hiding in the midst of itself as dust gusts upward like smoke flung from a censer may it please thee

and then there is only stillness, scintillating dust motes, a holy host suspended in a single light
a canyon bottom that was never found in the surrender of thought crystalline water gathers and gleams